WE moored at the Quai Spinola, with one of the most picturesque
views in Bruges in front of us, an irresistible temptation to the
watercolorist, even in wet weather. I had originally visited Bruges
about twenty years earlier. It was the first historical and consistently
beautiful city I had ever seen, and even now it did not appear to have
sunk much in my esteem. It is incomparably superior to Ghent, which is a
far more important place, but in which I have never been fortunate.

Ghent is gloomy, whereas Bruges is melancholy, a different and a
finer attribute. I have had terrible, devastating adventures in the
restaurants of Ghent, and the one first-class monument there is
the medieval castle of the counts of Flanders, an endless field for
sociological speculation, but transcendency ugly and depressing. Ghent
is a modern town in an old suit of clothes, and its inhabitants are more
formidably Belgian than those of any other large city of Flanders.
I speak not of the smaller industrial places, where Belgianism is
ferocious and terrible.

At Bruges, water-colors being duly accomplished, we went straight to
Notre Dame, where there was just enough light left for us to gaze upon
Michelangelo’s “Virgin and Child,” a major work. Then to the streets
and lesser canals. I found changes in the Bruges of my youth.
Kinematographs, amid a conflagration of electricity, were to be
expected, for no show-city in Europe has been able to keep them out. Do
they not enliven and illumine the ground floors of some of the grandest
renaissance palaces in Florence? But there were changes more startling
than the advent kinematographs.

Incandescent gas-mantles had replaced the ordinary burners in the
street-lamps of the town! In another fifty years the corporation of
Bruges will be using electricity.

Still more remarkable, excursion motor-boats were running on the canals,
and at the improvised landing-stages were large signs naming Bruges “The
Venice of the North.” I admit that my feelings were hurt–not by the
motor-boats, but by the signs. Bruges is no more the Venice of the
North, than Venice is the Bruges of the South.

We allowed the soft melancholy of Bruges to descend upon us and
penetrate us, as the motorboats ceased to run and the kinematographs
grew more brilliant in the deepening night. We had to dine, and all the
restaurants of the town were open to us. Impossible to keep away from
the Grande Place and the belfry, still incessantly chattering about the
time of day. Impossible not to look with an excusable sentimentality at
the Hôtel du Panier d’Or, which in youth was the prince of hotels, with
the fattest landlord in the world, and thousands of mosquitos ready
among its bed-hangings to assist the belfry-chimes in destroying sleep.
The Panier d’Or was the only proper hotel for the earnest art-loving
tourist who could carry all his luggage and was firmly resolved not to
spend more than seven francs a day at the outside. At the Panier d’Or
one was sure to encounter other travelers who took both art and life
seriously.

No, we would not dine at the Panier d’Or, because we would not disturb
our memories. We glanced like ghosts of a past epoch at its exterior,
and we slipped into the café restaurant next door, and were served by
a postulant boy waiter who had everything to learn about food and human
nature, but who was a nice boy. And after dinner, almost saturated with
the exquisite melancholy of the Grande Place, we were too enchanted to
move. We drank coffee and other things, and lingered until all the white
cloths were removed from the tables; and the long, high room became
a café simply. A few middle-aged male habitués wandered in
separately,–four in all,–and each sat apart and smoked and drank beer.
The mournfulness was sweet and overwhelming. It was like chloroform.
The reflection that each of these sad, aging men had a home and an
_intimité_ somewhere in the spacious, transformed, shabby interiors of
Bruges, that each was a living soul with aspirations and regrets, this
reflection was excruciating in its blend of forlornness and comedy.

A few more habitués entered, and then a Frenchman and a young
Frenchwomen appeared on a dais at the back of the café and opened a
piano. They were in correct drawing-room costume, with none of the
eccentricities of the _cafe-chantant_, and they produced no effect
whatever on the faces or in the gestures of the habitués, They
performed. He sang; she sang; he played; she played. Just the common
songs and airs of the Parisian music-halls, vulgar, but more inane than
vulgar, The young woman was agreeable, with the large, red mouth which
is the index of a comfortable, generous, and good-natured disposition
They sang and played a long time. Nobody budged; nobody smiled.
Certainly we did not; in a contest of phlegm Englishmen can, it is
acknowledged, hold their own. Most of the habitués doggedly read
newspapers, but at intervals there was a momentary dull applause. The
economic basis of the entertainment was not apparent to us. The prices
of food and drink were very moderate, and no collection was made by or
on behalf of the artists.

At length, when melancholy ran off us instead of being absorbed,
because we had passed the saturation-point, we rose and departed.
Yes, incandescent-mantles and motor-boats were not the only changes in
Bruges. And in the café adjoining the one we had left a troupe of girls
in white were performing gaily to a similar audience of habitués. We
glimpsed them through the open door. And in front of the kinematograph
a bell was ringing loudly and continuously to invite habitués, and no
habitués were responding. It was all extremely mysterious. The chimes of
the belfry flung their strident tunes across the sky, and the thought of
these and of the habitués gave birth in us to a suspicion that perhaps,
after all, Bruges had not changed. 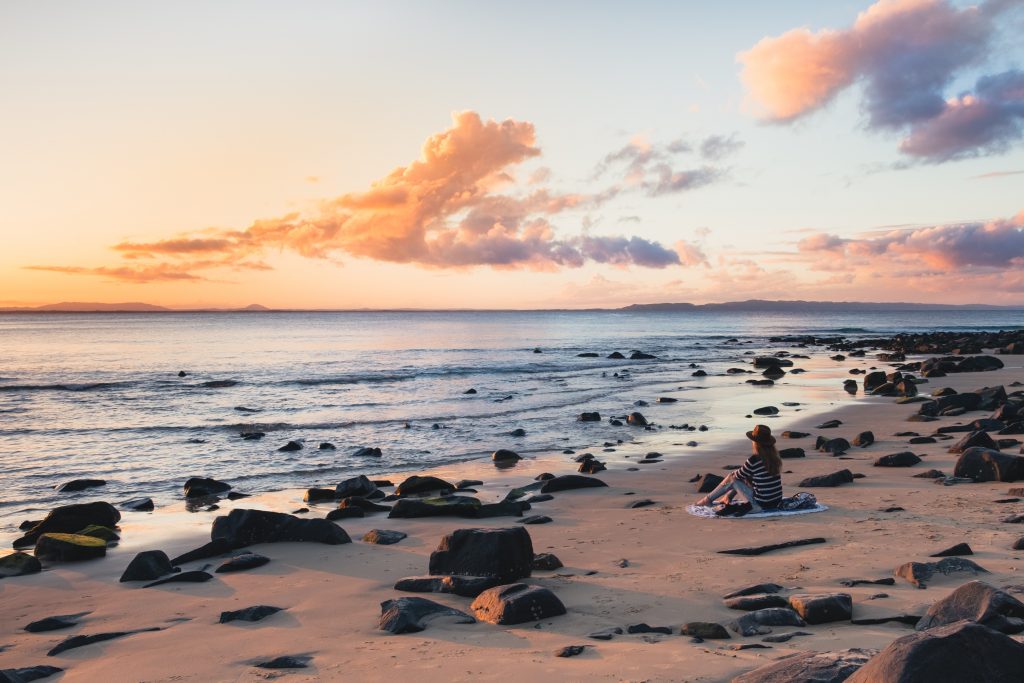 We moved away out of the Grande Place into the maze of Bruges toward the
Quai Spinola, our footsteps echoing along empty streets and squares of
large houses the fronts of which showed dim and lofty rooms inhabited
by the historical past and also no doubt by habitués. And after much
wandering I had to admit that I was lost in Bruges, a city which I was
supposed to know like my birthplace. And at the corner of a street,
beneath an incandescent-mantle, we had to take out a map and unfold
it and peer at it just as if we had belonged to the lowest rank of
tourists.

As we submitted ourselves to this humiliation, the carillon of the
belfry suddenly came to us over a quarter of a mile of roofs. Not the
clockwork chimes now, but the carillonneur himself playing on the bells,
a bravura piece, delicate and brilliant. The effect was ravishing,
as different from that of the clockwork chimes as a piano from a
barrel-organ. All the magic of Bruges was reawakened in its pristine
force. Bruges was no more a hackneyed rendezvous for cheap trippers
and amateur painters and poverty-stricken English bourgeois and their
attendant chaplains. It was the miraculous Bruges of which I had dreamed
before I had ever even seen the place–just that.

Having found out where we were in relation to the Quai Spinola, we folded
up the map and went forward. The carillon ceased, and began again,
reaching us in snatches over the roofs in the night wind. We passed
under the shadows of rococo churches, the façades and interiors of which
are alike neglected by those who take their pleasures solely according
to the instructions of guide-books, and finally we emerged out of the
maze upon a long lake, pale bluish-gray in the gloom. And this lake was
set in a frame of pale bluish-gray houses with stepwise gables, and by
high towers, and by a ring of gas-lamps, all sleeping darkly. And on the
lake floated the _Velsa_, like the phantom of a ship, too lovely to be
real, and yet real. It was the most magical thing.

We could scarcely believe that there was our yacht right in the midst
of the town. This was the same vessel that only a little earlier had
rounded Cape Gris-Nez in a storm, and suffered no damage whatever. Proof
enough of the advantage of the barge-build, with a light draft, and
heavy lee-boards for use with a beam wind when close-hauled. Some
yachtsmen, and expert yachtsmen, too, are strongly against the barge.
But no ordinary yacht of the _Velsas_ size could have scraped into that
lake by the Quai Spinola and provided us with that unique sensation. The
_Velsa_ might have been designed specially for the background of Bruges.
She fitted it with exquisite perfection.

And the shaft of light slanting up from her forecastle hatch rendered
her more domestic than the very houses around, which were without
exception dark and blind, and might have been abandoned. We went
gingerly aboard across the narrow, yielding gangway, and before turning
in gazed again at the silent and still scene. Not easy to credit that a
little way off the kinematograph was tintinnabulating for custom, and a
Parisian couple singing and playing, and a troupe of white-frocked girls
coarsely dancing.