“Anything new ben happenin’ to you uns, Trampy?” asked the Chronic
Loafer. “We ain’t seen ye ’bout these parts sence corn-plantin’ a year.”

“Nothin’ unusu’l,” replied the Tramp, laying on the porch his stick and
the bandana handkerchief that contained his wardrobe. He seated himself
on the step. “Nothin’ unusu’l. I wintered in Philadelphy an’ started fer
these parts in May.”

“Seems like you’re lookin’ mighty glum,” said the Storekeeper. He had
ceased his whittling and was examining every detail of the wanderer’s
dress and physiognomy. “Might s’pose ye was in love agin.”

“You air the sentimentalist tramp I ever seen,” the Miller cried. “Every
time ye comes th’oo these parts, it’s a new un. Does ye think the weemen
is so almighty blind ez to git struck on a hoodoo like you?”

“I keeps me passions an’ me shortcomin’s to meself,” replied the wanderer
after he had lighted his corncob pipe. “I’ve had a heap o’ hard luck. I
wouldn’t min’ gittin’ in love or in jail fer murder sep’rate, but both at
oncet is too much even fer a man like me.”

“Hedgins!” the Loafer exclaimed, edging toward the end of the bench
furthest from the vagrant. “In jail fer murder!”

A faint smile flitted across the face of the Tramp. Then he began his
story:

“In jail fer murder an’ in love wit’ the Sher’ff’s dotter–that’s exactly
what happened to me. It’s onjust; it ain’t right, it ain’t, even fer a
man o’ my shortcomin’s. Let’s see. This is hay harvest, ain’t it. Well,
it was jest about corn-plantin’ it all come about. I’d been workin’ me
way easy up along the Sussykehanner, an’ one night put up wit’ an ole
feller named Noah Punk, who lived in a lawg house at the foot o’ the big
mo’ntain this side o’ Pillersville. They was no one there but him an’ his
woman. She was a bad-tempered creetur’ an’ made things hum ’round that
ranch when me an’ the ole man was playin’ kyards after supper. They put
me to bed in the garret, an’ next day I set out agin. Punk he sayd he’d
walk up the road a piece wit’ me, an’ he did. We parted at a crossroads
two mile from his house. That was the last I ever seen of him. I’d never
thot no more of him nuther ef it hedn’t been that two days later, when
I was joggin’ easy like into Jimstontown, I was ’rested–’rested, mind
ye, fer the murder o’ Noah Punk. I never knowd jest what it was all ’bout
tell I was comf’table fixed in the kyounty jail. An’ then I didn’t keer,
fer I’d met the Sher’ff’s dotter.

“Oh, but she was a star! Jest ez plump ez ye make ’em, wit’ a dimple,
an’ yaller shiny hair, an’ jest ez red ez a ripe rambo apple. When she
brought me up me supper the fust night, I ast her what I was up fer, an’
she tol’ me.

“It seems like no one ever seen Noah Punk after him an’ me left the
house. He never come back, an’ when they hunted fer him they found
nothin’ but one o’ his ole shoes, all covered wit’ blood, be the canal
where him an’ me parted. They ’rested me bekase I was last seen wit’ him.
Then the Sher’ff wanted to hang some un.

“When I heard that I was kind o’ tired, an’ fer a time jest held me head
down, never sayin’ nothin’. Then I looks up an’ seen Em’ly standin’ there
so sorrerful.

“‘They’ll try you next month,’ she sais. ‘Then I’d ’low another month
tell—-’ She bust plum inter tears.

“‘Deed, an’ that’s jest how I felt. Them words was true ef I ever sayd a
true word. The bless’dest two months o’ my life.

“But them days did fly! I never thot no more o’ Noah Punk or o’ hangin’.
It was all of Em’ly. They was four other prisoners in the jail, an’ I
never played no kyards wit’ them, but jest sot a-thinkin’ o’ her. She use
ter bring us our meals three times a day. Quick ez I’d finish eatin’ I’d
set waitin’ fer her to come agin. Jail was a happy place fer me. I never
wanted to leave it.

“You uns otter ’a’ seen me in them days. I wasn’t sich a bum ez I am now.
The Sher’ff give me a shave an’ a new suit. Puttin’ all in all, I was a
pretty slick lookin’ individu’l–no red hair an’ whiskers shootin’ out in
all directions, makin’ me look like an’ ile lamp, ez I hear one feller
put it. Me coat didn’t hang like curtains, an’ me pants was all made o’
the same piece o’ goods. I was a dude, I was, in spite o’ me present
shortcomin’s in that respect. Sometim’s I think mebbe Em’ly thot so too,
fer she use to allus give me a bigger potaty than the other fellers. They
guyed me a heap about it.

“A month went by, an’ I was gittin’ wus an’ wus, when they tuk me out an’
tried me fer killin’ Noah Punk. They was a smart little chap they called
the ’strict ’torney what done all the work agin me. He showed the jury
Punk’s bloody shoe an’ my clothes. A doctor sayd the spots on my clothes
was huming blood. They was, but it was mine, an’ it got there be my
leanin’ agin a nail. Missus Punk told how I slep’ at the house. Another
feller sayd how he’d seen me an’ Punk walkin’ along the canal. I ’lowed I
didn’t kill Punk an’ that jedgin’ from what I seen o’ Missus Punk, he’d
’a’ thanked me ef I had. Missus Punk an’ the ’strict ’torney got riled
at that, an’ the jedge come down so hard I didn’t dast say another word.
Then the jury found I was guilty, an’ the jedge ’lowed they’d hang me
that day four weeks. But I didn’t keer, fer it was one month more in jail
to be fed be Em’ly.

“That night she brought me a bigger potaty ’an ever. When I seen it I
sais, sais I, ‘Em’ly, will you be sorry when I’m goin’?’ 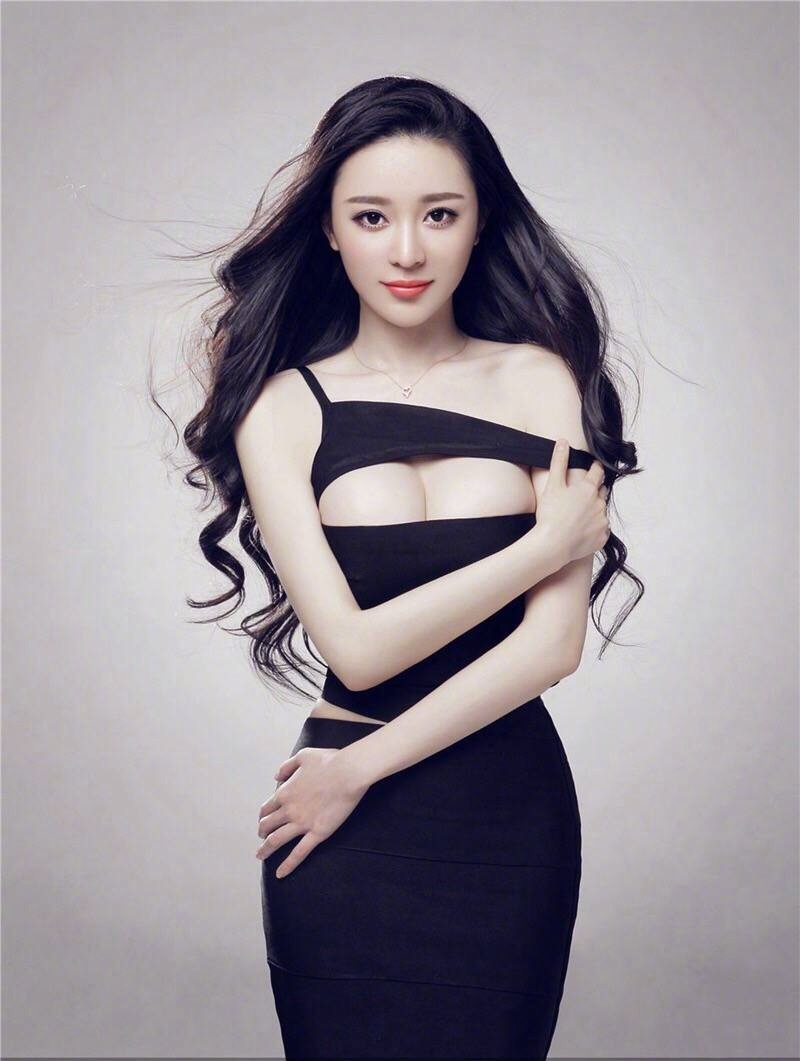 The Chronic Loafer observed, “It do seem like Em’ly were jest a leetle
gone, Trampy.”

“Mebbe she was. I don’t know. But that very night the other pris’ners
onloosed all the locks wit’ a penknife. They wanted me to go. I ’lowed
I’d stay. I never let on what was wrong, but sayd I was an innercent man
an’ wouldn’t run. They give me the laugh, an’ that was the last I ever
seen of ’em.

“The day o’ the hangin’ come. I’d ben gittin’ wus an’ wus ’bout the
Sher’ff’s dotter. I didn’t keer much ’bout goin’, but I hated to leave
the ole jail. I’d a heap sight ruther ’a’ gone, tho’, wit’ flyin’ colors
an’ hed her sorry then to ’a’ ben kicked out to trampin’. Em’ly didn’t
give me breakfas’ that mornin’. Instead, the Sher’ff served me chicken
an’ eggs an’ a lot of other things they only gives a tramp ’fore they
hangs ’im. He togged me out in a nice fittin’ black suit and tuk me out
ter go. Mighty, but they was a crowd to see me off! The jail-yard was
filled with prom’nent citizens; the housetops an’ trees around the wall
was jest black wit’ men an’ boys. I braced right up an’ never feazed a
bit when I seen the rope. The Sher’ff sayd I could make a speech, so I
gits up an’ sais, easy like,’Me frien’s,’ I sais, ‘I haven’t no regrets
in leavin’ this ’ere world, fer I hain’t been onduly conf’table. It’s the
jail I’ll miss, an’ the Sher’ff’s pretty dotter. I’ve—-’

“Jest then the Sher’ff yelled, ‘Hold on!’

“I turned an’ seen him readin’ a letter. It had come from Noah Punk out
in Kansas. He sayd he wrote bekase he seen be the papers they was hangin’
a man fer killin’ him. He wanted to explain that he was still livin’ an’
hed only run away from Mrs. Punk. The blood on his shoes come from his
steppin’ on a piece of glass. He’d tuk off his boots an’ gone west on a
freight.

“When the crowd hear that they give the Sher’ff a groan. The Sher’ff
he got mad, an’ tuk all me new duds, give me me ole ones an’ turned me
looset.

“I was a common ord’nary tramp an’ I was clean discouratched. I knowd I’d
never have Em’ly feed me agin ’less I got back in that jail, so I set
right down on the steps. The Sher’ff jest wouldn’t ’rest me but druv me
off wit’ a club. I busted two o’ his winders next day. Still he wouldn’t
’rest me. I broke three more winders an’ he nabbed me. I was nigh tickled
to death wit’ me luck. But then I hain’t no luck. That there man treated
me jest the way a farmer does a cat that eats chickens. He put me on a
train, tuk me out to Altony an’ turned me looset.”

The Tramp sighed and puffed vigorously on his pipe.

“An’ now what air ye doin’?” asked the Storekeeper.

“What else ’ud a man do?” replied the traveller. “I’m hustlin’ jest ez
fast ez I kin to git back to that jail. An’ I’m goin’ ter git in it. I’ll
never eat another potaty onless it comes from the hand o’ the Sher’ff’s
dotter.”

“Does you know what I wisht?” inquired the Chronic Loafer earnestly.