On Friday afternoon, Helen’s chamber-door chanced to be left open, and
Rhoda caught a glimpse of a delicate silk dress lying on the bed. She
went straight into the room and examined it. Bodice and sleeves were
trimmed profusely with costly lace; the rich lilac folds might have
stood alone, so thick was the texture. It was not the sort of dress
that should have belonged to the wife of a merchant’s clerk. Rhoda was
perplexed.

“Isn’t it handsome!” asked Helen’s voice behind her.

“I hope you are not thinking of wearing it this evening,” said Rhoda.
“It’s a most unsuitable dress for a country merry-making. Do put on
something plainer, Helen.”

“O Rhoda,” she pleaded, “I am not like you; I can’t abide browns and
greys! I want to be dressed as the flowers are! You loved the lilacs
when they were in bloom; why may I not copy them?”

“Their dress costs nothing,” said Rhoda, “and the silk is a poor
imitation of them. Even Solomon in all his glory wasn’t arrayed like
the lilies of the field. This gown must have been very expensive,
Helen.”

“It is the best I have,” answered Helen, flushing slightly. “I should
like to give it an airing, Rhoda. I own I am fond of fine clothes, but
you are so kind that you won’t be angry with a poor silly thing like
me!”

Again Rhoda’s strength was no match for her cousin’s weakness. She
went out of the room without saying another word about the lilac
silk. An hour or two later William Gill’s chaise stopped at the gate,
and Helen came downstairs. She was enveloped in a large cloak which
completely hid her dress from the eyes of her uncle and aunt. Her face
was flushed; she was in high spirits. William Gill–a prosperous young
farmer–looked sheepishly pleased as she seated herself by his side.

Rhoda sat on the back seat with Mrs. Gill. It was a still, sultry
evening. The languor of the waning summer seemed to have stolen upon
her unawares, and the good woman found her a dull companion. Mrs. Gill
was proud of her son, proud of his fine horse, a fiery young chestnut,
proud of the chaise, which had been newly painted and varnished. But
these subjects had little interest for Miss Farren. And the worthy
matron became convinced that she was giving herself airs on the
strength of her annuity. By the time they had reached the foot of
Huntsdean hill, she was as silent as Rhoda could desire.

The church clock was striking seven as they turned in at the gates of
Dykeley Park. Groups of people were scattered about under the trees.
The hall door of Dykeley House stood open, and the sound of music
swept forth into the evening air. Out of doors there was the crimson
of sunset staining the skies, reddening the faces of the countryfolk,
and lighting up the west front of the old mansion, till its red bricks
seemed to burn among the dark ivy and overblown white roses. Quiet
pools, lying here and there about the park, glittered as if the old
Cana miracle had been wrought upon them, and their waters were changed
to wine. The colour was too intense, too fiery. It made Rhoda think of
burning cities, or of the glare of beacons, blazing up to warn the land
that the foe had crossed the border.

Squire Derrick’s old banqueting hall had been cleared out for the
dancers. The squire himself, a bachelor of sixty, received his guests
as Sir Roger de Coverley might have done. Rhoda saw his eyes rest
on beautiful Helen in the lilac silk, and his glance followed her
wonderingly as she went sweeping away to a distant part of the great
room. Other looks followed her too.

Nor could Rhoda keep her own gaze from dwelling on her companion.
When the long cloak had been laid aside, and Helen appeared in the
lighted room, her cousin could hardly restrain an exclamation. There
were jewels on her wrists and bosom, jewels on the white fingers that
flashed when she took off her gloves to display them. A miserable
sense of shame and confusion overwhelmed Miss Farren. Here was Helen
bedizened like a Begum, and here were many of the Huntsdean folk who
knew her husband’s story! The air seemed full of whispers. Rhoda grew
hot beneath the broad stare of eyes. Yet few glanced at her; the brown
wren, reluctantly perched beside the glittering peacock, was sheltered
from observation.

The musicians struck up a lively tune, and then Rhoda saw that there
were several gay young officers in the room. They had come, by the
squire’s invitation, from the neighbouring garrison town, and were
evidently prepared to enjoy themselves.

She was scarcely surprised to see two or three of them bearing down
upon Helen, bent on securing her for a partner. She heard their
entreaties, and Helen’s denials–very prettily uttered. But at that
moment an old friend of Farmer Farren’s crossed the room, and gave
Rhoda a hearty greeting. Then followed a score of questions about
herself and her parents, and in the midst of them Rhoda heard Helen’s
voice saying– 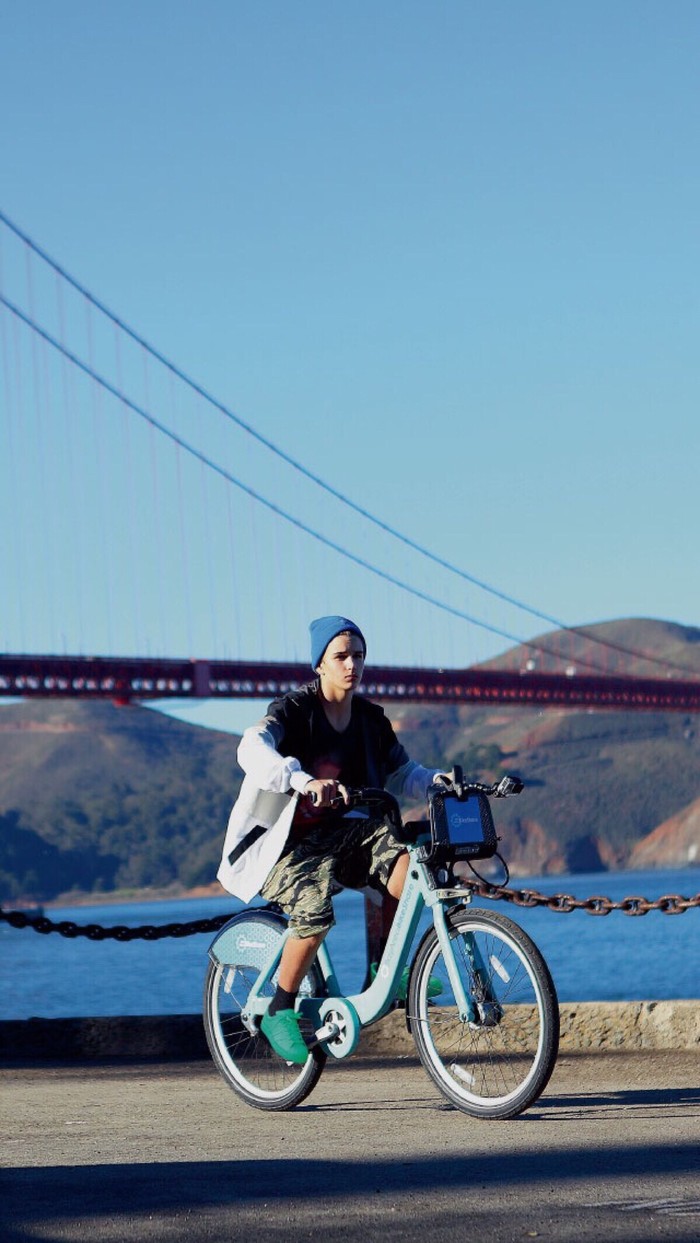 “Only one dance, Rhoda; you’ll forgive me, I know.”

Rhoda started, and half rose from her seat. Such a distressed and angry
look crossed her face that the old farmer was astonished. Helen had
gone off on her partner’s arm. It was too late to call her back. She
must take it as quietly as she could, and avoid making a scene.

“Who is that lovely young woman? Any relation of yours, Miss Farren?”
asked the old man by her side.

Several persons near were listening for her reply. Rhoda hoped that
her questioner would drop the subject, but he did not.

“Let me see; didn’t I know her when she was a child in your father’s
house?”

“Very likely,” Rhoda said. “She used to live with us when she was a
little girl.”

“And did I hear that she had married?” he persisted.

“She is married,” said Rhoda, desperately. “Her husband is in
Australia.”

Obtuse as he was, the old gentleman could yet perceive that he had
touched upon an awkward topic. Poor Rhoda was a bad actress. Her face
always betrayed her feelings. She sat bolt upright against the wall,
looking so intensely uncomfortable that her companion quitted her in
dismay.

There she remained for three long hours; sometimes catching a glimpse
of the lilac silk among the dancers. From fragments of talk that went
on around her, she learned that Helen was the centre of attention. And
at last, when a galop was over, and the groups parted to left and
right, she caught sight of her cousin surrounded by the officers.

She now saw Helen under a new aspect. Her looks and gestures were those
of a practised coquette, who had spent half her life in ball-rooms.
People were looking on–smiling, whispering, wondering. The squire
himself was evidently amused and astonished. Even if she had been less
beautiful, Helen’s dress and jewellery would have attracted general
notice. It was, perhaps, the most miserable evening that Rhoda had ever
passed. “Am I my brother’s keeper?” was the question that she asked
herself a hundred times. Was she indeed to blame for suffering Helen
to come to this place? The music and dancing and flattering speeches
had fired Helen’s blood like wine. The gaiety that would have been
innocuous to many was poisonous to her.

At last a loud gong sounded the summons to supper. The repast was
spread in a large tent which had been erected in the park. Out swept
the crowd into the balmy August night, Helen still clinging to the arm
of her last partner, and carefully avoiding a glance in her cousin’s
direction. Rhoda strove in vain to get nearer to her; the press was
too great. But she contrived to reach William Gill, and to say to him
earnestly–

“We must go away as soon as supper is over, Mr. Gill. I promised father
that we would come back early.” The moon had risen, large and red, and
the night was perfectly still. Chinese lanterns illuminated the great
supper-tent from end to end. Flowers and evergreens, mingled with wheat
ears, decorated the long tables. The light fell on rows of flushed and
smiling faces. Rhoda, pale and sad, sat down on the end of a bench
close to the tent entrance.

“I’m ‘most worn out,” said Mrs. Gill’s voice beside her. “I’m downright
glad that you’re for going home early, Miss Farren. Old women like
me are better a-bed than a-junketing at this time o’ night! Mercy on
us, how your cousin _has_ been a-going on, my dear! And brought up so
strict too!”

The words cut Rhoda like a knife. There she sat, lonely and miserable,
amid a merry crowd. The golden moonshine flooded the park, and the
sweet air kissed her face as she turned it wearily towards the
tent-entrance. Once a sudden rush of perfume came in and overwhelmed
her. It was the breath of the fast fading roses that hung in white
clusters about the squire’s windows, and shed their petals on the
ground below.