The Patriarch flattened his nose against the grimy windowpane and peered
out into the storm.

The old man thoughtfully stroked his beard. He felt that he had met but
just retribution for coming to the store to loaf. When an hour before
he had awakened from a doze in his arm-chair, picked up his stick and
hobbled to the village, the sky was clear and blue; not a cloud was
visible anywhere, and the sun was blazing down on the fields of yellow
grain that he overlooked from the porch of his little house on the hill.
But the storm had been gathering its force unseen behind the neighboring
mountains, piling black cloud on black cloud. And then, like an army
charging on a sleeping enemy, it swept forth from its hiding-place, amid
the flash of lightning and the crash of thunder, and deluged the valley.

“My, oh, my!” muttered the old man. “It serves me right. I ought to ’a’
knowd better. ’Henever I runs down here fer a minute’s loaf, it rains;
never a team comes ’long to give me a lift home, an’ I hes to paddle back
in me leaky ole boots.”

He hobbled to his chair by the empty stove, about which were gathered the
men of the village, despite the fact that no fire blazed within and the
cold weather was far ahead.

“I hope the company ain’t displeasin’,” drawled the Chronic Loafer. He
knocked the ashes out of his pipe, refilled and lighted it, and sprawled
out upon the counter.

“Not at all–at all. It’s the loafin’ I hate. I never could loaf jest
right,” replied the Patriarch, glancing at the prostrate form.

The Loafer gave no answer save a faint “Huh!”

“Jest because a felly sets ’round the stove hain’t no sign he’s lazy,
Grandpap,” said the Miller with warmth.

“Fur be it from me from sayin’ so, boys–fur be it,” said the old man.
“But ez I was sayin’ a while ago, I don’t want to git inter no sech
habits ez Absalom Bunkel.”

“Ab’slom Bunkel–Bunkel–Bunkel?” repeated the Tinsmith, punctuating his
remark with puffs of tobacco smoke.

“Bunkel–Bunkel?” said the Storekeeper inquiringly, tapping the end of
his nose with his pencil.

“Absalom Bunkel was a man ez was nat’rally so lazy it was a credit to
him every time he moved,” the Patriarch began. He fixed his stick firmly
on the floor, piled his two fat hands on its big knob head, and leaned
forward until his chin almost rested on his knuckles. “You uns knows the
old lawg house that stands where the Big Run crosses the road over the
mo’ntain. It’s all tumbled down now. They ain’t no daubin’ atween the
lawgs; the chimbley’s fallen, the fence is gone, an’ the lot’s choked
up with weeds. It’s a forlorn place to-day, but ’hen I was a lad it
was jest about the slickest thing along the ridge yander. That’s where
Absalom Bunkel lived, an’ his pap, an’ his pap’s pap lived afore him.
Ezry Bunkel was a mean man, an’ he come nat’ral by his meanness, fer they
never was one o’ the name who was knowed to buy anything he could borry
or give away anything he could sell. So ’hen he died he left Absalom a
neat little pile o’ about nine hundred dollars. An’ a fortunate thing it
was fer the son, fer he’d ruther by fur set on the porch with the pangs
o’hunger gnawin’ th’oo him, a-listenin’ to the birds an’ watchin’ the
bees a-hummin’ over the sunflowers, than to ’a’ worked.

“Now Absalom was afore my time, an’ I never seen him myself, but I’ve
heard tell of him from my pap, an’ what my pap sayd was allus true–true
ez gawspel it was. He otter ’a’ knowd all about it, too, fer he was a
pall-bearer at Ezry’s funeral. Absalom was thirty-five year old ’hen that
happened. He didn’t go off spendin’ his fortune–not much. He jest set
right down in a rockin’ chair on the front porch an’ let his sister Nancy
look after the place. Nance done the farmin’; Nance made the garden;
Nance milked the cow; Nance done the housework an’ come to the store. He
done nawthin’–absolute nawthin’.

“He was never out o’ bed afore sun-up. Ef it was warm he’d set on the
leetle porch all day lookin’ over the walley, watchin’ the folks goin’ by
an’ the birds swoopin’ th’oo the fiel’s, an’ listenin’ to the dreamy hum
o’ nature. Ef it was cold he’d loaf all day be the fireplace, bakin’ his
shins. Sometim’s Nance ’ud go away fer a spell an’ fergit to leave him
wood. Does he cut some fer himself like an ordinary man? Not him. He jest
walks to the nearest possible fence-rail, kerrys it inter the house, puts
one eend inter the fire an’ keeps pushin’ een ez it burns off. That’s the
kind o’ a felly Absalom Bunkel was.

“Now it happened that ’hen he’d been livin’ this way tell his forty-fifth
year ole Andy Crimmel tuk a placet about a miled beyant his. One nice
afternoon ez Absalom set a-dozin’ on the porch, Andy’s dotter, Annie May,
come trippin’ down the road on her way to the store, lookin’ pretty ez a
pictur in her red sunbonnet, swingin’ a basket an’ singin’ a melancholy
piece. Absalom woke with a start an’ rubbed his heavy eyes. He got sight
of her pink cheeks afore she ducked under her bonnet, fer ’hen she seen
him she sudden stopped her singin’ an’ walked by a-lookin’ over the
walley. That one glance done Absalom Bunkel. He stayed awake tell she
come back.

“That night he didn’t eat no supper.

“An’ he jest groaned, drawed his boots, tuk a candle an’ went up to bed.

“Twicet a week all that summer Annie May Crimmel come a-singin’ down the
road. An’ Absalom, dozin’ on the porch, ’ud hear her voice tell she’d
reach the edge o’ the woods. There she’d stop her song an’ go ploddin’
by, gazin’ over the walley like he wasn’t about or wasn’t wuth lookin’
at. Absalom kept gittin’ fatter an’ fatter from doin’ nawthin’, an’ it
seemed to him like Annie May Crimmel was prettier every time she went to
store. He was onrastless. He was onhappy. He knowd what was wrong, an’ he
seen no cure, fer to him that girl walkin’ ’long the road not twenty rods
from his house was like a bit o’ bread danglin’ jest beyant the reach o’
a starvin’ man.

“Perhaps you uns wonders why he didn’t go down an’ speak to her. That
wasn’t Absalom’s way. He might ’a’ walked that fur to git warm. But to
speak to a girl? Never.

“Oncet he called to her, but she paid no attention, an’ hung her head
bashful like, an’ walked on the faster.

“‘Nance,’ sais he to his sister that night at supper, ‘I’ve kind o’ a
notion fer Annie May Crimmel,’ he sais.

“‘Hev you?’ sais she, lookin’ surprised, tho’ of course she knowd it an’
fer weeks hed ben wonderin’ what ’ud become o’ her.

“‘Umph,’ she sais, perkin’ up her nose. ‘You’ll see me a-gaddin’ round
the walley settin’ up with the girls fer you!’

“He set thinkin’ a spell. Then he sais, trem’lous like, ‘Nance, how fur
is it to Crimmel’s?’

“He jest groaned an’ went off to bed agin.

“They say that next day toward evenin’ Absalom was seen to rise from his
chair; to hesitate; to set down; to get up agin an’ move toward the road.
He got to the gate, pushed it half open, an’ leaned on it. Tell sunset
he stood there, gazin’ wistful like toward Crimmel’s placet. Then Nance
called him in fer supper.

“Winter drove the lazy felly inter the house. All day long he’d set be
the windy watchin’ fer Annie May; an’ ez she passed he’d smile soft-like;
’hen she was gone he’d look solemn agin. An’ all the time he kep’ gittin’
fatter an’ fatter, an’ more an’ more onrastless. 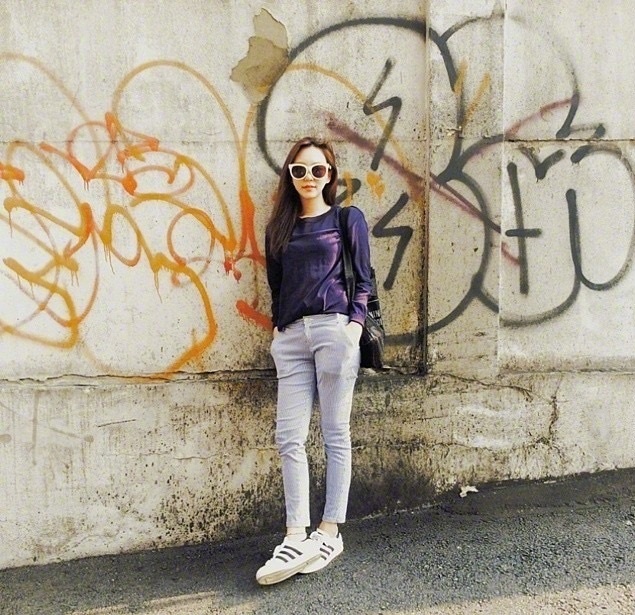 “Winter broke an’ March went by. Apryl first was a fine warm day, so
Absalom took his chair out on the porch an’ set there lookin’ down the
ridge into the walley, where the men was a-plow-in’. All at oncet he
heard a creakin’ o’ wheels an’ a rattle o’ gears that caused him to
turn his eyes up the road. Outen the woods come a wagon piled high with
furnitur’. It was a flittin’, the Crimmel’s flittin’, ez he knowd ’hen
he seen Andy drivin’ an’ the Missus an’ Annie May ridin’ on the horses.
Bunkel was stunned–clean stunned. The flittin’ went creakin’ past the
house, him jest settin’ there starin’. He knowd what it meant to him.
He knowd it was fer him jest the same ez the death of Annie May, but he
couldn’t do nawthin’. The wagon swung ’round the bend an’ was out o’
sight.

“‘Hen Absalom seen the last o’ the red bonnet flashin’ in the sun, he
th’owed his hands to his head like they was a pain there. Sudden he
jumped from his chair an’ run toward the road yellin’, ‘Hey! hey! Annie
May!’

“He tore th’oo the gate, down the hill, an’ ’round the turn. They was in
sight agin.

“The wagon stopped. The girl climbed offen the horse an’ run toward him,
stretchin’ out her hands an’ cryin’, ‘Absalom, Absalom!’

“‘Hen he seen her comin’ he set right down in the road to wait fer her.
Her arms fell to her side, an’ she stopped.

“She turned an’ walked with hangin’ head back to the wagon. She climbed
on her horse, an’ a minute later the flittin’ disappeared in the hollow
at the foot o’ the ridge.”

The Patriarch arose from his chair, walked slowly to the door and stood
there looking out into the rain. The men about the stove gazed in
astonished silence at his back.

“Who sayd anything was a-goin’ to happen?” snapped the Patriarch.

“Oh, he died o’ over-exertin’,” said the Chronic Loafer, wearily, as he
threw himself back on the counter.

The Patriarch gave no heed to this remark, but raising his right hand and
emphasizing each word with a solemn wag of the forefinger, said, “Boys,
I don’t know what happened. Pap never sayd. But now, ’henever I thinks
o’ a lazy man, I picturs Absalom Bunkel, settin’ there in the road, his
fat legs stretched out afore him, his fat arms proppin’ up that unwieldy
body o’ hisn, his eyes an’ his ears a-strainin’ to see an’ hear th’oo the
darkness that gathered ’round him what he might ’a’ seen an’ heard allus
hed he only hed the ambition to ’a’ gone a few steps furder.”